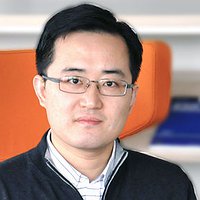 Starting in Februar 2019, Haoran Hou holds the position of a research associate in the project BuddhistRoad funded by the ERC. Before this occupation he had been a main project investigator in a DFG funded project on Tibetan genealogy, kinship line and reincarnation succession at the Institute for Indology and East Asia Studies, Leipzig University which was led by project leader Prof. Dr. Per Kjeld Sørensen.

Since 2013 he has been a doctoral student at the Institute for Indology and East Asia Studies, Leipzig University. He completed his graduate studies in Indology, Tibetology and Mongolistic at the Institute for Indology and Tibetology, Ludwig-Maximilians-University, Munich in 2013. Between 2005 and 2009 he studied a B.A. programme in Tibetology and Tangutology at the School of Chinese Classics, Renmin University, Beijing, P.R. China, after he completed his B.A. degree in German at the School of Foreign Languages of Renmin University.